Are We Witnessing The Extinction Of Bees?

Posted by Claire Bernish, The Free Thought Project on 21st May 2018

Sign the FARM BILL PETITION TO SAVE THE ENDANGERED BEES!
https://petitions.moveon.org/sign/please-help-save... 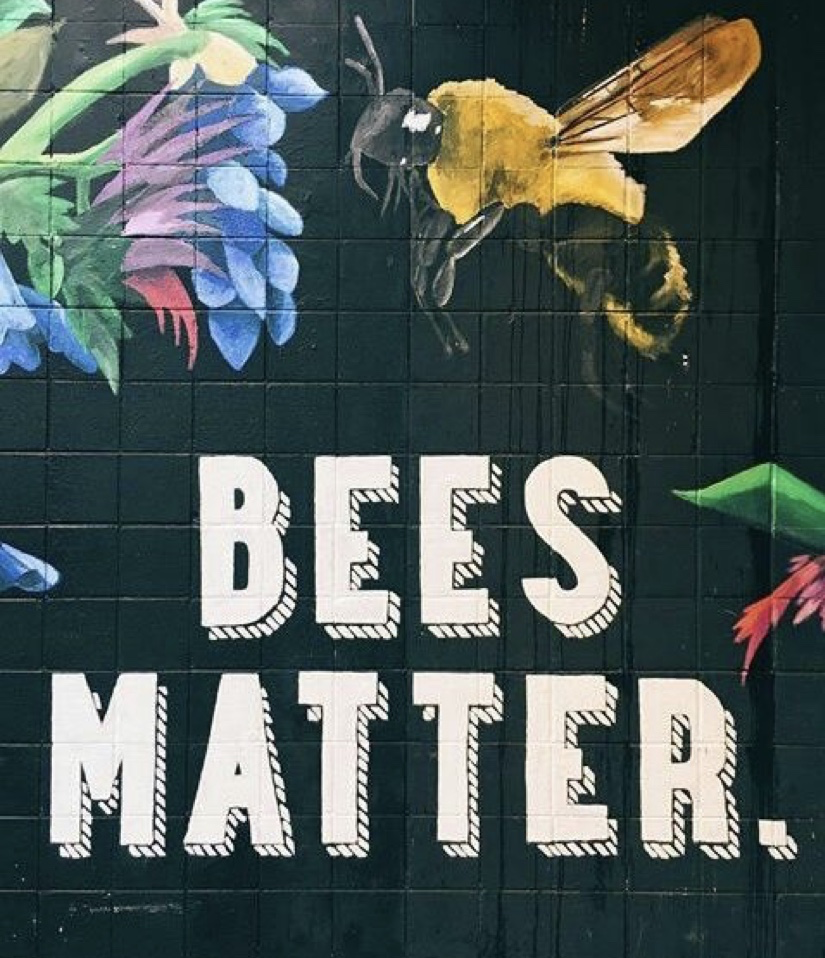 It’s official. As tragically revealing as the move might be, the rusty patched bumble bee has now joined the grizzly bear, gray wolf, northern spotted owl, and some 700 others on the endangered species list — the first bee ever to garner those protections in the continental United States.

Once abundant in the grasslands and prairies in 31 states in the East and Midwest, the rusty patched bumble bee’s population has been decimated by as much as 95 percent by some estimates, and now exists only in isolated pockets in 12 states and the province of Ontario, Canada.

“There are a few little spots where we know they are,” James Strange, a research entomologist and bumble bee ecologist with the USDA, told Forbes.

“But only a really few spots.”

Getting this bee — Bombus affinis, scientifically speaking, so named for the red patch on its abdomen — onto the endangered species listtook longer than originally expected, thanks to hemming and hawing by the Trump administration and its fealty to corporate influence, with the original listing date of February 10 ultimately delayed until yesterday.

In fact, the campaign to list the rusty patched bumble bee as endangered took years and a Herculean effort by entomologists and environmental groups — but the resulting historic precedent highlights the precarious state of vital pollinators.

“Listing the rusty patched bumble bee was historic because this is the first bumble bee species, and the first bee found on the continental United States, to ever be listed as endangered under the Endangered Species Act. This listing is the result of a five-year campaign by environmental groups such as the Natural Resources Defense Council (NRDC), and the Xerces Society for Invertebrate Conservation, and based on input from tens of thousands of citizen scientists and private citizens,”Forbes reports.

NRDC had filed a lawsuit over the six-week postponement of the listing, calling the move illegal because it came without notice or period for public comment — but Tuesday’s listing rendered it effectively moot.

“We are thrilled to see one of North America’s most endangered species receive the protection it needs. Now that the Fish and Wildlife Service has listed the rusty patched bumble bee as endangered, it stands a chance of surviving the many threats it faces — from the use of neonicotinoid pesticides to diseases.”

Loss of habitat and human encroachment played a role in the bee’s decline as well, but the classification as endangered will assist in conservation of the tall grasses and open fields where the rusty patched bee — and other pollinators — should thrive.

“While this listing clearly supports the rusty patched bumble bee, the entire suite of pollinators that share its habitat, and which are so critical to natural ecosystems and agriculture, will also benefit,” asserted Rich Hatfield, a Xerces Society senior conservation biologist. “This is a positive step towards the conservation of this species, and we now have to roll up our sleeves to begin the actual on-the-ground conservation that will help it move toward recovery.”

But the designation of the rusty patched bumble bee as an endangered species could still face robust challenges from several industries, corporations, and developers — rejuvenation of the species is still far from certain.

SIGN THE PETITION NOW TO SAVE ENDANGERED BEES FROM THE FARM BILL: https://petitions.moveon.org/sign/please-help-save...

“The implications of this hasty listing decision are difficult to overstate,” states a petition from American Petroleum Institute, National Association of Home Builders, National Cotton Council of America, the National Rural Electric Cooperative Association, and two entities to the Secretary of the Interior and Acting Director of the U.S. Fish and Wildlife Service, requesting a year’s delay in the listing.

Without a hint of irony — considering pollinators are responsible for the propagation of around one-third of our food supply — the petition goes on to deem the listing of the rusty patched bumble bee as “one of the most significant species listings in decades in terms of scope and impact on human activities.”

The Washington Post’s Darryl Fears predicts the coalition of signatories might yet file a lawsuit of its own — possibly to de-list the bee and receive the desired yearlong waiting period.

Bumble bees impart an estimated $3.5 billioninto the American economy — yet, apparently, the signatories of the petition view the protection of one species as an insufferable encumbrance for humans.

While, ideally, the government should not intervene, Big Agriculture — comprising pesticide and herbicide manufacturers, factory farms, genetically modified crops, and the practice of monoculture — and other contributors to the drastic slump in the bumble bee’s numbers have not taken the onus of responsibility in initiating stewardship practices.

Ironically, the predominant model for food production in this country — destruction of the natural landscape through monoculture and the staggeringly prolific use of pesticides and herbicides on crops genetically manipulated to withstand them — has veritably wiped out or acutely reduced populations of the very bumble bee pollinators on which fully one-third of U.S. crops depend.

Opposition to the listing, in other words, is counterproductive — at best — especially considering the rusty patched bumble bee isn’t a uniquely threatened pollinator.

“Pollinators in Peril,”a study by the Center for Biological Diversity published in February, revealed a jaw-dropping 347 species of bees native to North America and Hawai`i “are spiraling toward extinction,” and 749 bee species — over half of those with data sufficient to assess — have been pushed to the brink with declinations in population.

While saving the bees might not be on the agenda for certain parties, some 128,000 people signed a petition urging the listing of the rusty patched bumble bee.

“Few disappearing species have engendered this level of support for protection,” the Xerces Society press release on the bee’s listing states. “Because of this collective effort the rusty patched bumble bee now has a chance — and that is something we can all celebrate.”

Listing the rusty patched bumble bee as endangered is, in essence, a Hail Mary.

“Endangered Species Act safeguards are now the only way the bumble bee would have a fighting chance for survival.”